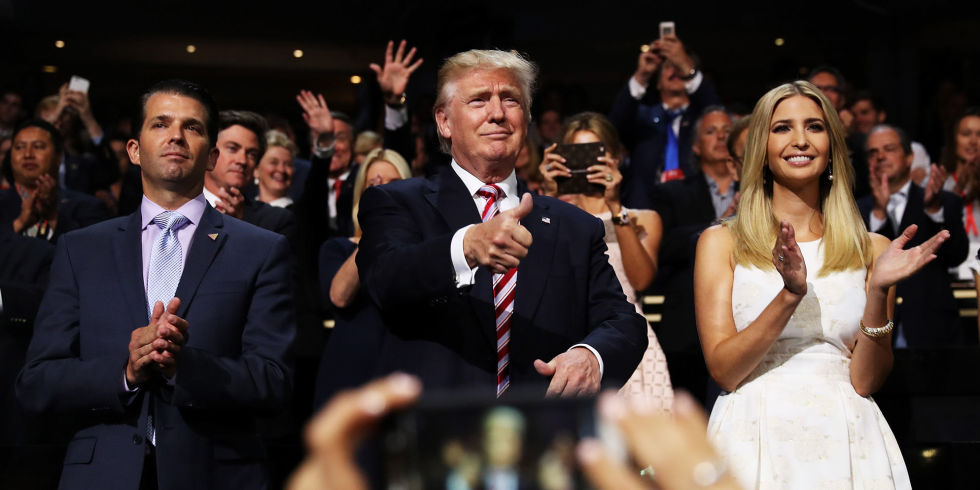 Meanwhile, Ivanka shut down a Cosmopolitan reporter for having the nerve to ask a substantive question. Why doesn’t the world understand that Trumps are special and have their own rules?

Charles Pierce@Esquire (9/15/16): “Having said something preposterous, he followed that up by saying something tasteless: ‘Without the media, this wouldn’t even be a contest, but the media has built [Clinton] up. They’ve let her slide on every indiscrepancy, on every lie … If Republicans were doing that, they’d be warming up the gas chamber right now.’ Leave aside the outright mendacious lunacy that ‘the media’ has let HRC ‘slide on every discrepancy.’ Junior’s gift for Stormfront metaphors proves (again) that the one great uncovered story of this campaign is what truly horrible people these are.”